Dead Station Clocks illuminated – not only for safety 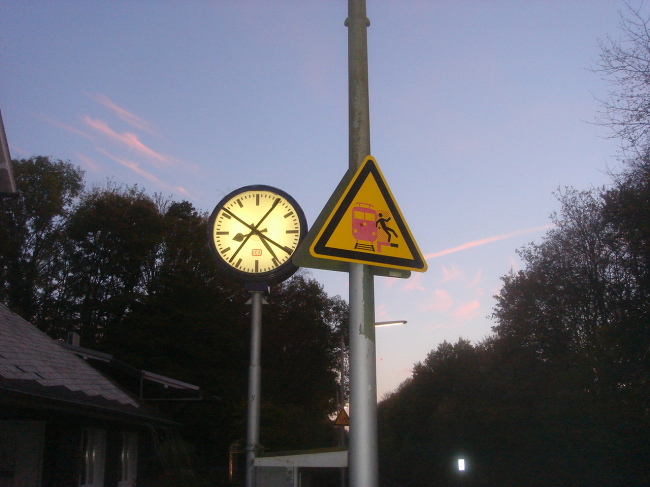 The German Railway (Deutsche Bahn) has invented a very new model for not replacing ruined station clocks: They are actually turning them into illuminated caution signals. It goes like this: Dead station clocks are crossed out with black insulating tape. This way, customers should notice that the clocks are out of order. Another impact is indicated by the colored sign-post. Spokesman Knut Knopf says, that in some if not in many cases, customers raised their heads wanting to find out what time it was looking at the station clocks, but, no chance. Some of them fell down and ended up on the railway tracks. If a train came, in some cases this might have happened, it became a little dangerous. Now, with the brandnew method the German railway hopes to stop these accidents. To complete the new safety strategy they have added electric light at night time. Meanwhile the Railway wants to express its ability to have electricity even inside clocks that are out of order. “Customers will see that we have such a lot of energy”, says Knut Knopf.
As shown in the picture below, the German Railway does not only want to prevent customers from falling onto the railway tracks. No. As Railway spokesman Knut Knopf, the engine driver, puts it, it is also a way of saving money. The new strategy is simple. In former times, station clocks used to be repaired or even replaced. Now German Railway has stopped this waste of money. Ruined station clocks just stay where they are.
Only in a few cases, people were hurt by such spoiled clocks falling onto their heads. In spite of serious injuries in north Germany, the management of the Railway does not consider this as a problem really. More important was that customers do not recognise if a train is late. “If there is no station clock, they do not know what time it is, so they do not know if a train is late.” The Deutsche Bahn expects much less complaints about delayed trains in the near future. 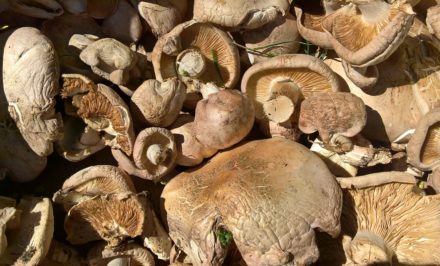