London. (OK) How the hell did the big Arc de Triomphe come from Paris to London? Very simple: Silently Dovehouse Green languished about in Chelsea. Because that is where it was all abut in 1984. Georg Orwell did not turn up. 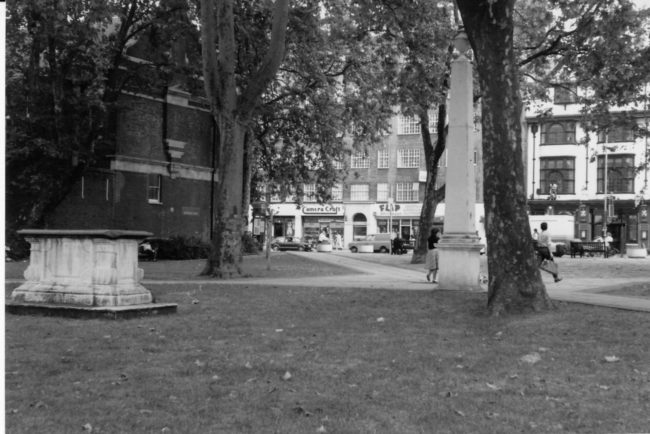 Dovehouse Green: in the middle of London but still surrounded by trees.

The Green did not know what do do, so it greened. Almost nobody used the comfortable benches. They were wooden. But soon they were going to be seated on. 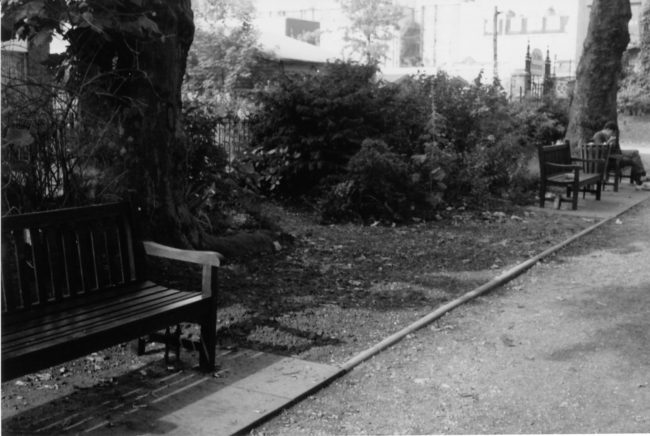 Practically nobody there. Only the young man.

The fire brigade of the Chelsea Fire station played football. 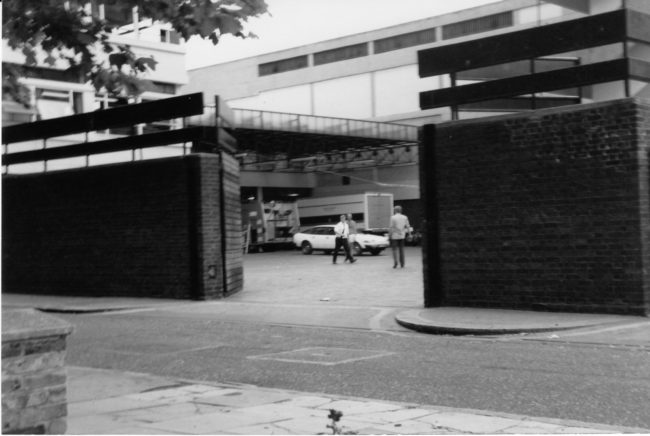 Here a pretty rare inside view into the secret rooms of the famous Chelsea Fire Brigade. Sport is the rule.

But also from another perspektive the park slumbered still however quietly about, because he has his history. In 1977 he was solemnly opened by Queen Elisabeth. Occasion was the Silver Jubilee of the the Sex Pistols. Dovehouse Green should offer a refuge to the stress-tormented Punks of the Kings Road, in that they could withdraw after the turmoil of the everyday life to enjoy a little peace. 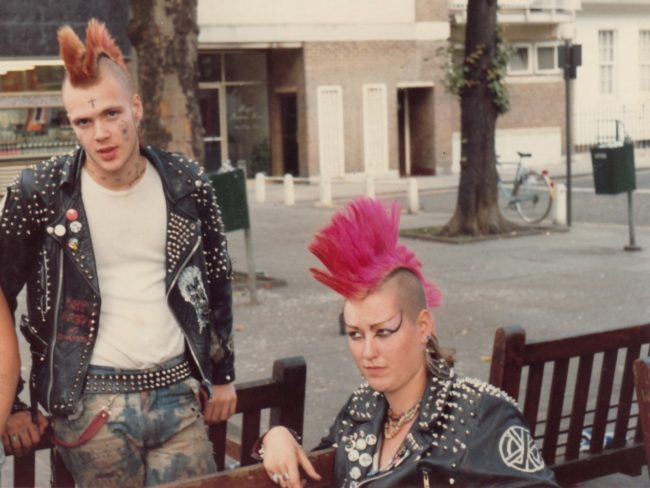 A young artist’s group entered into the green parquet: 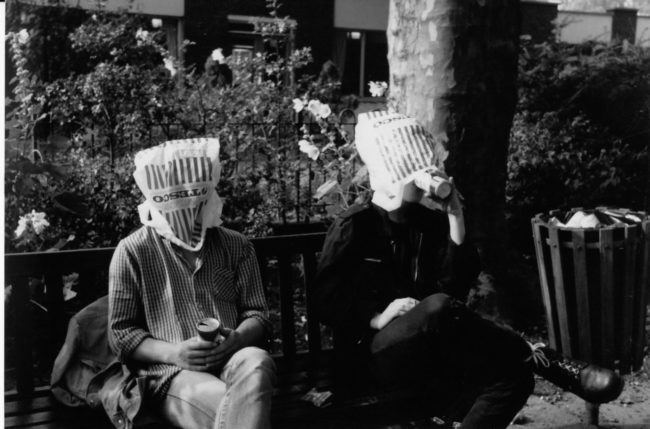 Artists from the Ruhrgebiet at work.

After the photo session a cool blond. Rarely a hot blonde. 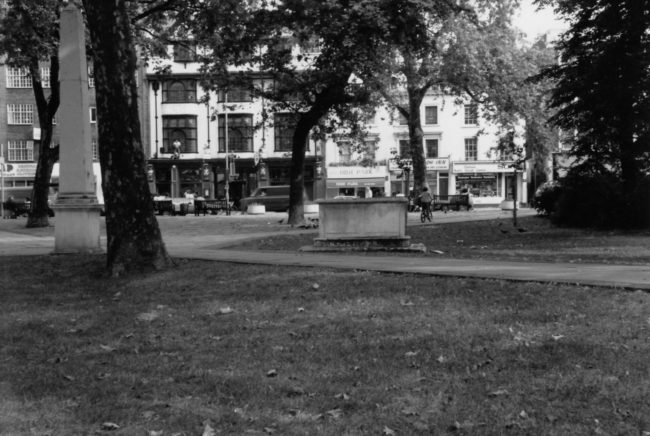 Here a tree, there a commemorative stone. The dead persons under the lawn.

Hans Sloane gave to the glowing city in 1733 the ground. He lived in the Sloane Square. On account of the housing shortage one opened a churchyard. In 1824 it was full.  It was closed. Today here a commemorative stone reminds of 457 innocent civilians who died with terrorism attacks during the 2nd world war when the Kings Road was bombed by German aircraft.

However, the expedition knew still nothing about it which entered into the green in 1984 on a beautiful summer afternoon to install transnational art. It was about four young men, not husbands though, who brought a message from Dortmund: Hansa Lager, freshly from the Tesco. Their undeliberateness brought the idyll from the joints. Weeds. Anxiety disturbed the silence in the Green. At the work the thirst had tormented them. They found a means against it. It reminded them of their home uses. 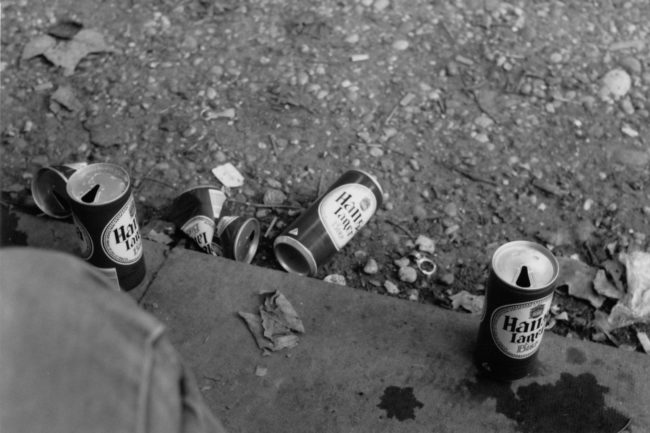 However, so this does not go.

The beauty of the green belt was threatened. A European solution was close. 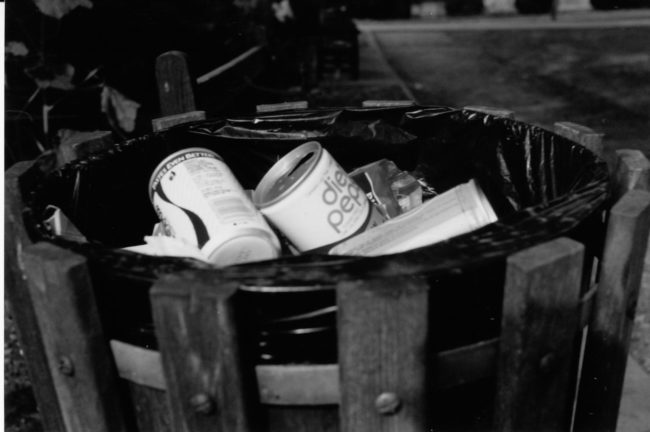 Also in 1984 Philistinism had already spread out to London.

The young artists did not want this, they themselves started to work. It was not so difficult as the full boxes. Dovehouse Green changed into a European studio. 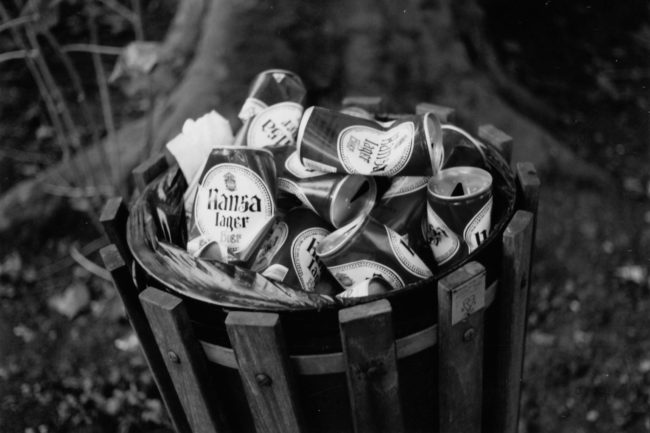 But also this did not appear to the wisdom the latter end. Another solution had to be found. The team thought about something better. 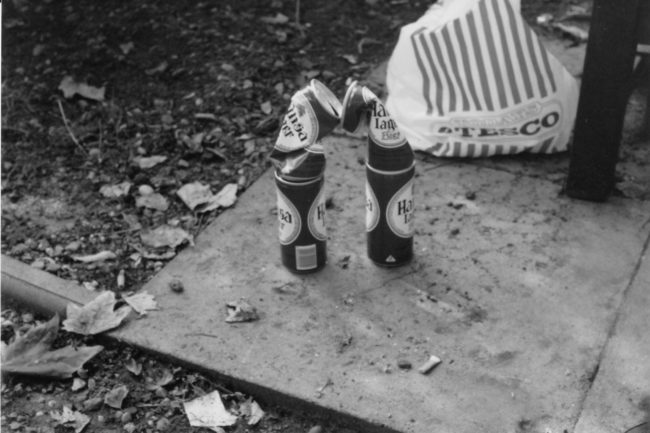 This way the Arc de Triomphe was transferred from Paris to Chelsea. 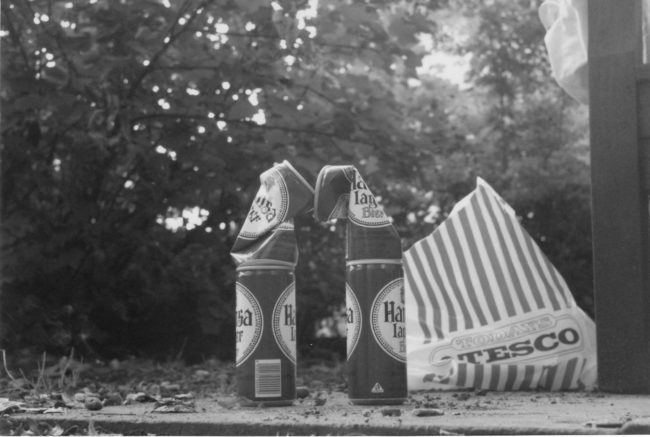 The Arc de Triomphe in the Dovehouse Green from the duck perspective. In the plastic bag British French stick with Kiri cheese of the cow that laughs. In addition a German beer freshly from the warehouse.

The SVW reminds of the victims of the Kings Road. He advertises the European thought and  reconciliation. Understanding among nations is the message. The Brexit, the pound, the kilo, the mile? If Westphalia can bring the Arc de Triomphe to London what brings then the Brexit? 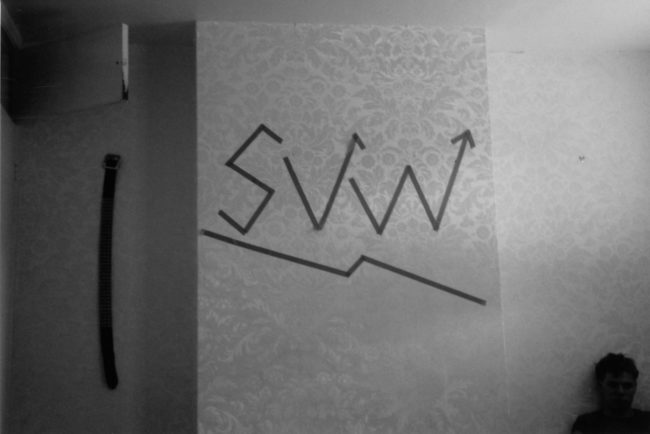 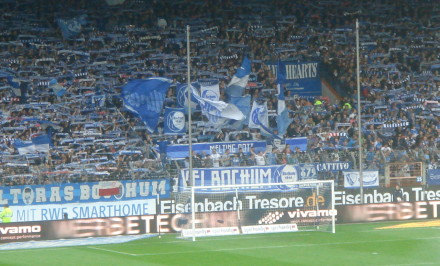 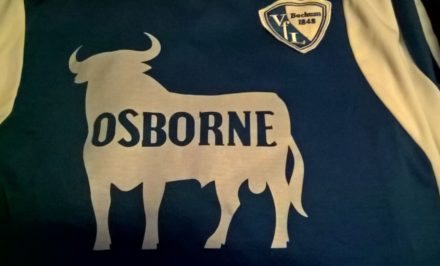 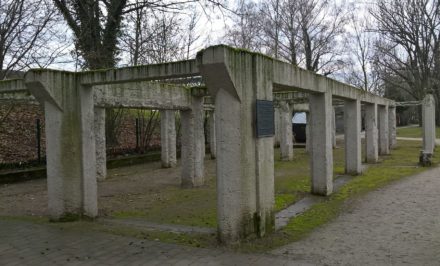 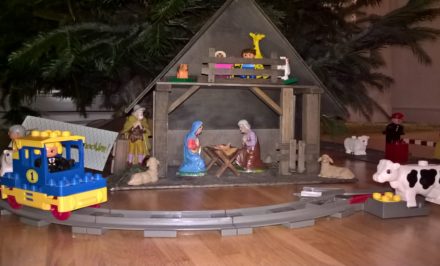